fountain pens, inks, paper in and out of Philippines 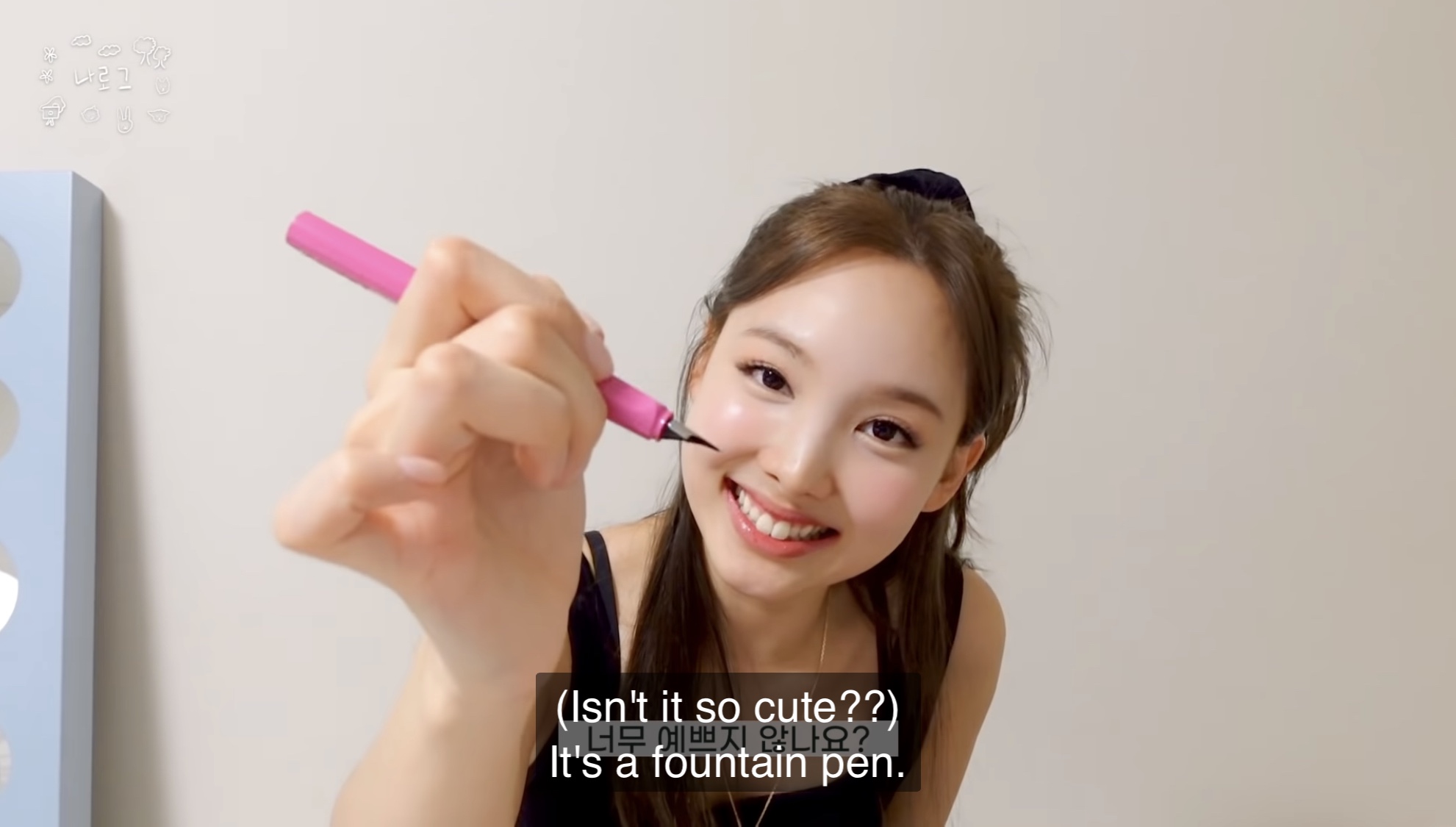 It turns out that the Im Nayeon of K-Pop girl group Twice is a fountain pen user, and it looks she’s new to the colorful of world of nibs.

The group’s eldest member revealed her recommended stationery as part of her video log published on Tuesday.

For around two minutes, Nayeon shared her favorite pieces from a Hello Kitty pencil case: a carrot shaped correction tape and a pink Lamy Safari.

“It’s my first time using it and it’s not easy to use. I’m getting used to it,” said Nayeon. “But once I started using it, I couldn’t use any other pen.”

Based on the black finial, she owns a pen from the recent regular production, explained local Lamy collector Clem Dionglay. The first pink Safari’s release has a pink button finial.

Watch the complete video below, where all the screengrabs came from, with the stationery discussion starting at the 16:27 mark.

Back in November, K-Pop boy group BTS received fountain pens from President Moon Jae-In for joining as special envoys at the 76th session of the United Nations General Assembly.

Aside from Nayeon, who else from Twice could be a fountain pen user? Do you know any other celebrities using fountain pens? Let us know!

Scribe is celebrating its 10th anniversary on Saturday, August 10, and it is filled with activities for fountain pen collectors and newbies at SM Aura Premier's Grand Atrium. #Wri10withScribe will
Read More

These ‘troublemakers’ want to ink your fountain pens with no trouble

When Troublemaker Inks made its local debut of sorts at the Manila Fountain Pen Show, the duo behind it were stunned. In under two hours after opening, Gabriel Arnado and Kaiser Dale Diragos
Read More

Rants of the Archer by Clement Dionglay

The Serial Doodler by Pao Alfonso